State Health Minister Himanta Biswa Sarma on Thursday offered prayers at Borgang Kali temple at Behali in Biswanath district for the well-being of people of Assam.

The historic Kali temple was established in 1898. 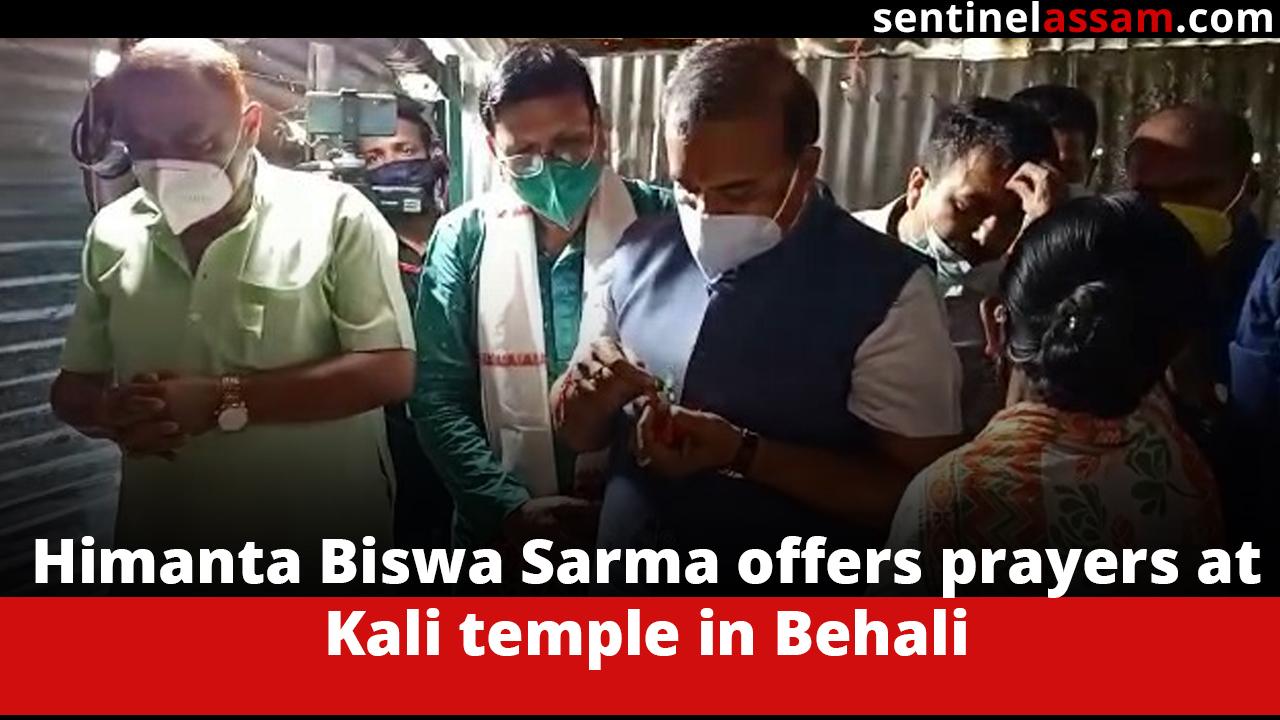