Updated: Feb 28, 2019 07:31
|
Editorji News Desk
The White House says no joint agreement has been reached between President Trump and North Korean leader Kim Jong Un after the unscheduled early wrap to the talks between the two leaders. Both left the summit without sitting down for the working lunch that was on the agenda and headed for their hotels in Hanoi where the summit between the two leaders was taking place. 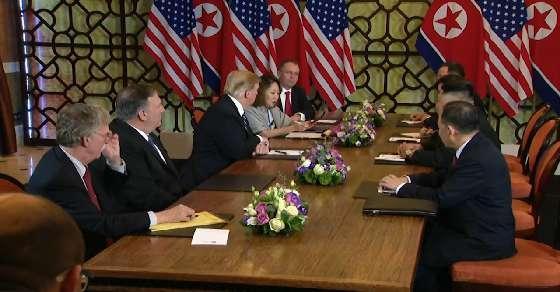