Updated: Feb 28, 2019 05:37
|
Editorji News Desk
US President Donald Trump and North Korean leader Kim Jong Un began the second day of the Hanoi summit with a one-on-one discussion. As the US pushes forward to de-nuclearise Pyongyang, Trump said that he was in 'no rush' to reach a deal with Kim Jong Un. The North Korean Leader also affirmed that he would not be in Hanoi if he did not plan to de-nuclearise. 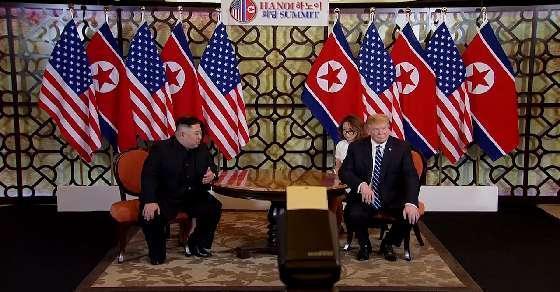