Govt: shot down Pak fighter jet as it breached airspace

Updated: Feb 27, 2019 11:11
|
Editorji News Desk
The government has said a Pakistan air force aircraft was shot down when it breached the airspace. MEA spokesperson Raveesh Kumar said that while engaging the Pakistan jets, a MiG 21 was lost, and its pilot is missing in action. Pakistan has claimed that they have captured Wing Commander Abhinandan Varthaman and released a video of him in captivity. 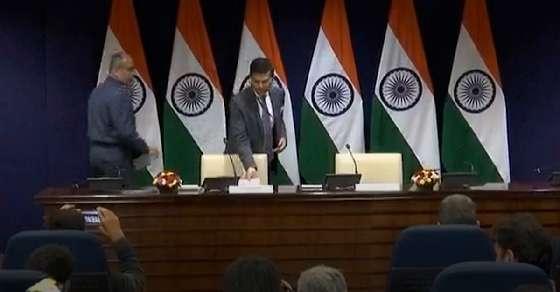 Govt: shot down Pak fighter jet as it breached airspace