Updated: May 30, 2019 15:08
|
Editorji News Desk
Giant-killer, Smriti Irani, who pulled off one of the biggest victories and scripted a historic win by dethroning Rahul Gandhi in Congress's home turf of Amethi, took oath as a cabinet minister. Irani, in the last five years, was given the plum post of human resource development minister and later served as the minister for information and broadcasting. The popular television actor-turned-politician continued to cultivate Amethi in the past five years despite her 2014 loss to Rahul and this helped her reap electoral dividends. 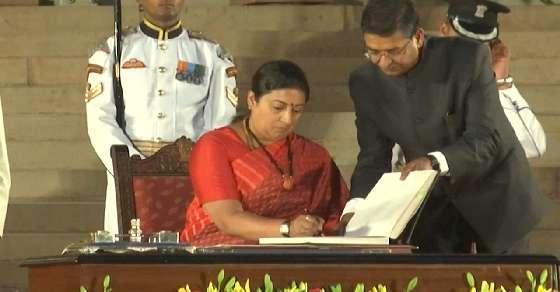