General Rawat to be new chief of Chiefs of Staff panel

Army Chief General Bipin Rawat will be appointed as the new Chairman of the Chiefs of Staff Committee on Friday. The IANS quoted defence sources as saying that Rawat will take over as the Chairman from India Air Force chief Birender Singh Dhanoa, who is set to retire on September 30. The Chairman of Chiefs of Staff Committee is responsible for coordination between the Army, the Air Force and the Navy. The senior-most chief from amongst all the three services of the defence forces is selected as the Chairman. 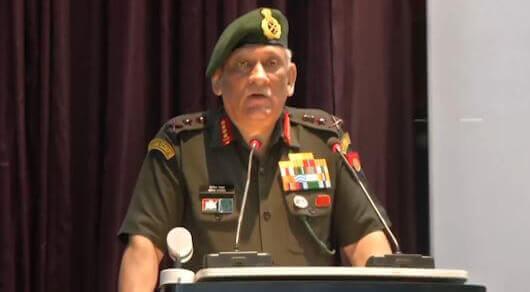 General Rawat to be new chief of Chiefs of Staff panel