Fierce clashes at Venezuela's borders with Brazil and Colombia

Updated: Feb 24, 2019 13:13
|
Editorji News Desk
Violence erupted at Venezuela's borders with Brazil and Colombia, as protesters clashed with country's armed forces. The opposition led by Juan Guaido meanwhile, tried to bring in humanitarian aid into Venezuela despite President Nicolas Maduro's objection. 2 people have reportedly died and 18 injured at the Brazilian border, while over 280 people have been injured at the Colombian border. 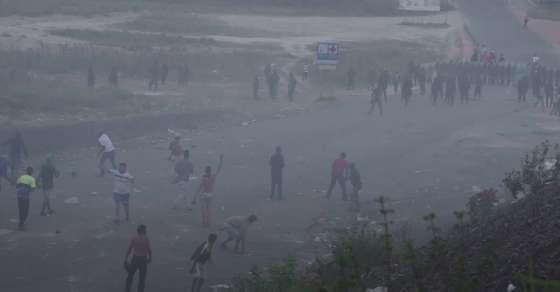 Fierce clashes at Venezuela's borders with Brazil and Colombia