Updated: Apr 28, 2019 10:21
|
Editorji News Desk
The father and two brothers of suspected Sri Lanka bombings mastermind were killed during a gunfight after the security forces raided their safe house two days ago, Reuters reported. The slain, who were seen in a video circulating on social media, calling for all-out war against non-believers, were among 15 killed in a fierce gun battle with the military on the east coast on Friday. Sri Lanka has been on high alert with nearly 10,000 soldiers deployed across the island to carry out searches and hunt down terrorists. 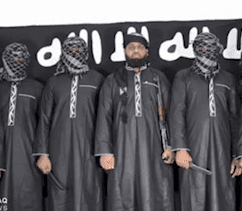