Updated: May 27, 2019 16:00
|
Editorji News Desk
Excitement was clearly visible on the faces of actress-turned-politicians Mimi Chakraborty and Nusrat Jahan when they arrived at Parliament for the first time after getting elected in the recently concluded elections from the Trinamool Congress. The two actresses posted their joint photographs displaying the identity cards as MPs on the premises of Parliament. Chakraborty and Jahan, both are young and well-known women Bengali film and television actresses. The TMC had fielded 17 women candidates in 42 seats in the state. 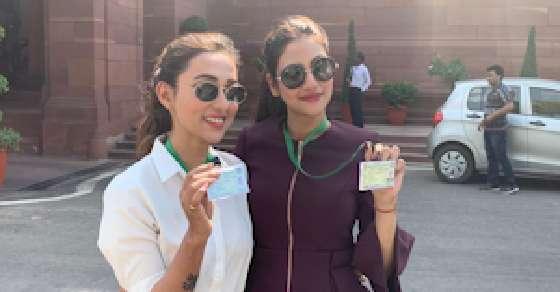