Updated: May 29, 2019 12:28
|
Editorji News Desk
In an upcoming episode of David Letterman's Netflix show, 'My Next Guest Needs No Introduction' famous TV show host Ellen DeGeneres recounted her ordeal about being sexually assaulted by her stepfather when she was a teen. Ellen while talking to David revealed that the assault started after her mother was diagnosed with breast cancer and her stepdad convinced her that he needs to feel her. Ellen also revealed that when she did tell her mother about the abuse, she did not believe her and continued to stay with him 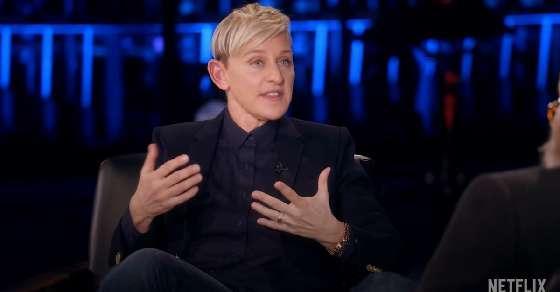