The makers of 'Housefull 4' has dropped the first song of the film, titled 'Ek Chumma' the song features the entire cast of the film, comprising of Akshay Kumar, Kriti Sanon, Riteish Deshmukh, Pooja Hegde, Bobby Deol, Kriti Kharbanda. With the lyrics of Sameer Anjaan, the song is crooned by Altamash Faridi and Jyotica Tangdi. 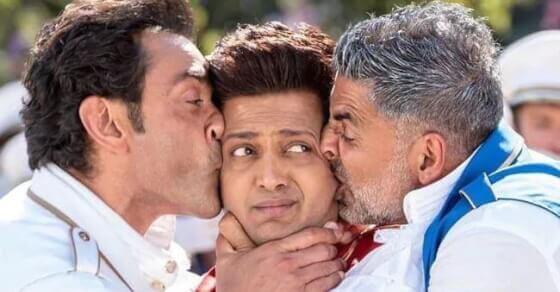