Updated: May 28, 2019 11:29
|
Editorji News Desk
DMK chief MK Stalin dialled Rahul Gandhi and asked him not to resign amid reports that the Congress President is adamant about stepping down from the post. Rahul reportedly congratulated Stalin for the landslide victory in Tamil Nadu. Stalin was the first Congress ally to have projected Rahul Gandhi as a prime ministerial candidate in December last year. The DMK-Congress alliance won 37 out of the 38 seats in Tamil Nadu in the recently concluded Lok Sabha elections. 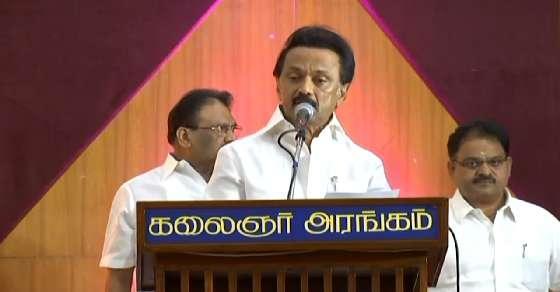