Jatiya Sangathan members staged protest on Tuesday for indefinite period at Borhola in Nagaon district.
Protesters demanding immediate release of abducted ONGC employees Ritul Saikia.
Similarly, Borhola Regional Students' Union staged demonstration in front of students'union office for 3 hours.
Speaking to the media, protest said, "We have staged protest demanding release of Ritul Saikia. In Assam, even Assamese people were not safe. There is no information of Ritul Saikia till now. The government and Administration did not gave us any information. We demand immediate release of Ritul Saikia, otherwise we will stage massive protest in coming days."
Ritul Saikia and other two employees of the Oil and Natural Gas Corporation (ONGC) were abducted on April 21 by suspected militant organization from the Romonia ONGC rig site inside the Lakuwa tea estate in the Sivasagar district of Assam, two employees were rescued by Assam police and Indian army. 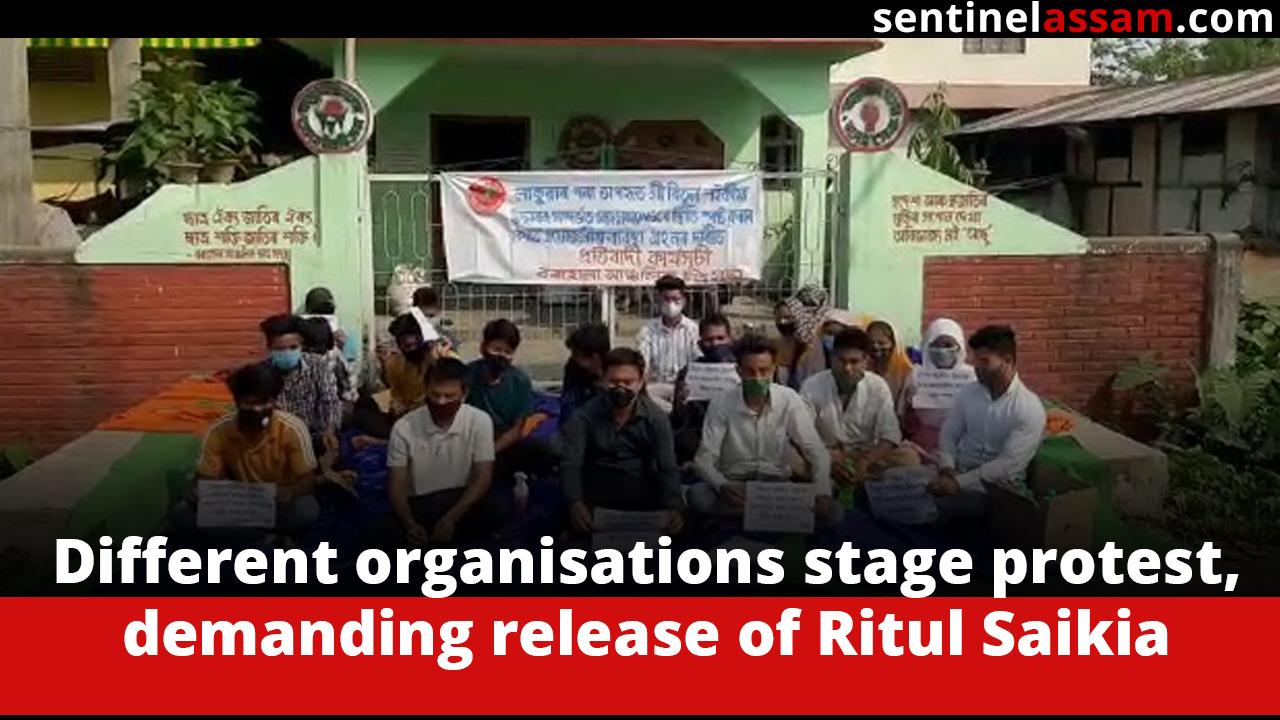