Updated: Mar 28, 2019 13:09
|
Editorji News Desk
At least 19 people have been killed and over 70 injured after a major fire broke out in a commercial building in Dhaka. Many are feared trapped in the building. At least 21 fire fighting units have been deployed to douse the blaze along with military helicopters. Many died after falling as they tried to climb down using cables on the periphery of the building. 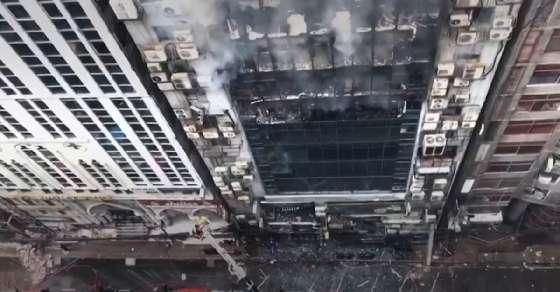