Updated: Mar 28, 2019 14:53
|
Editorji News Desk
While Karnataka Chief Minister Kumaraswamy accused the BJP of using state machinery to target political opponents, former Prime Minister HD Deve Gowda has alleged that the BJP offered vast sums of money to Kumaraswamy to form the state govt along with the saffron party. "Before the election they extended huge money for the expenditure of JD(S), they tried to persuade Kumaraswamy to meet them in Mumbai where the money was kept, but he refused to budge," said HD Deve Gowda. 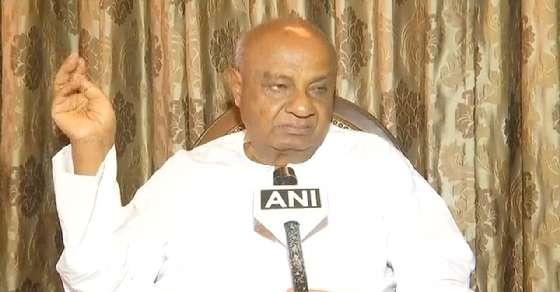