Deepa Malik became the first female para-athlete to be presented with the Rajiv Gandhi Khel Ratna Award by President Ram Nath Kovind on Thursday. World no.1 wrestler Bajrang Punia was also nominated for India's highest sporting honour but he skipped the ceremony as he was training in Russia for the upcoming World Championships. Shuttler B Sai Praneeth, Asian Games Gold medalist Swapna Barman, cricketer Poonam Yadav and shooter Anjum Moudgil were amongst the 19 athletes who were conferred the prestigious Arjuna Award by the President. Apart from these, 6 coaches were also presented with the Dronacharya award, 3 each in regular category and life-time category. Dhyan Chand award which is synonymous to the Lifetime Achievement award in sports was also presented to 4 athletes. 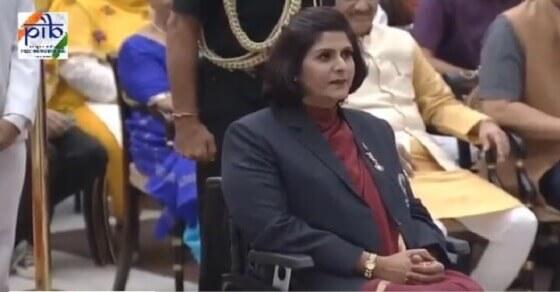