David Warner: ban gave me time to work on my game

Updated: Apr 30, 2019 05:42
|
Editorji News Desk
Hyderabad's ace batsman David Warner has said that the ban that was imposed on him for ball-tampering in South Africa gave him time to work harder on his game. Warner, who along with Steve Smith has served his ban, had returned to Hyderabad's camp in the IPL. The 32-year-old signed off his season with 692 runs, the highest so far in the tournament, before heading home for World Cup preparations. 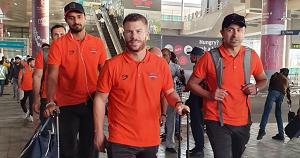 David Warner: ban gave me time to work on my game