A critically endangered frog species is making a comeback in a zoo in Czech Republic. The Titicaca Water Frog hatched for the first time ever in Europe in July. The tadpoles are the offspring of adult frogs that the zoo received from Denver, the first in the northern hemisphere to successfully breed them. All of the Titicaca Water Frogs alive in captivity today are descendants of frogs rescued by conservationists from the Denver Zoo, who found them in the tanks of juice shops in Peru where they would have otherwise ended up on the menu! 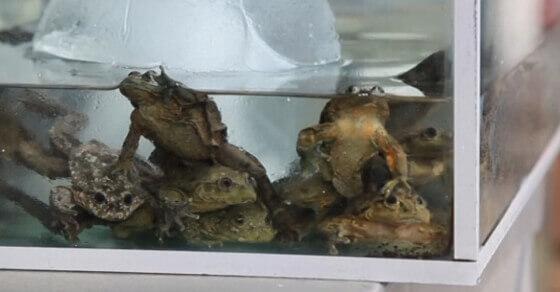