Output of eight core infrastructure industries contracted by 5.8% in October, indicating the severity of economic slowdown. As many as six of eight core industries saw a contraction in output in October. Coal production fell steeply by 17.6 per cent, crude oil by 5.1 per cent, and natural gas by 5.7 per cent. Production of cement, steel and electricity also declined during the month. The only sector that posted growth in October was fertilizers where production increased by 11.8 per cent year-on-year. The eight core sectors had expanded by 4.8 per cent in October 2018. 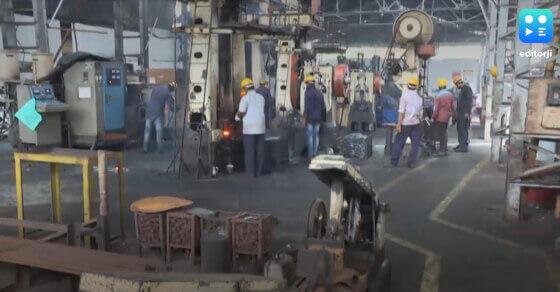 Banks' NPAs could double due to Covid-19 crisis: reports

Large global contraction in the first half of 2020 inevitable: IMF

IMF announces recession saying 'it's a crisis like no other'

India's GDP growth rate to be lowest in 30 years: Fitch

Forget low growth, economy could 'shrink' by 1% due to Covid-19

No impact on investment due to slowdown: ONGC chief

Consumer durable growth to pick up in Q4FY20, says official