Congress to boycott TV debates for a month

Updated: May 30, 2019 05:02
|
Editorji News Desk
Reeling under the crushing defeat in the Lok Sabha polls and subsequent insistence of Rahul Gandhi to quit as party chief, the Congress has decided to not send its spokespersons to TV debate. Congress media incharge Randeep Singh Surjewala tweeted that Congress will not send its representatives to TV debates for a month. Some media reports said that party had taken this decision as according to it, TV debates are not happening on real issues of jobs, farmers and economy. Samajwadi Party and Congress' Karnataka ally JDS have already withdrawn representatives from TV debates. 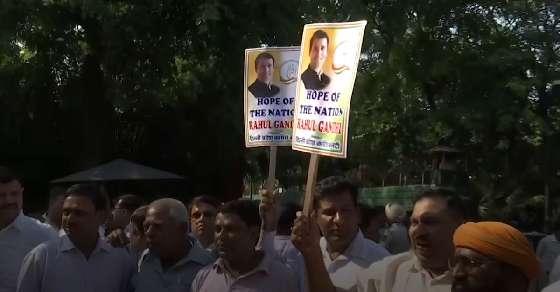 Congress to boycott TV debates for a month