Updated: May 31, 2019 07:58
|
Editorji News Desk
The Champions League trophy arrived in Madrid on Thursday. Former Spanish footballers Fernando Morientes and Roberto Solozabal brought the trophy to Madrid which will host the final on Saturday. Liverpool take on Tottenham in an all-English final. This will be the 2nd straight Champions League final for Jurgen Klopp's men after the loss at the final hurdle last year to Real Madrid. 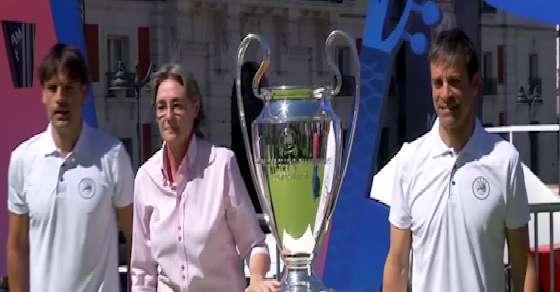