Updated: Apr 28, 2019 10:25
|
Editorji News Desk
The CBI has taken over the probe into the alleged sexual abuse of several women in Tamil Nadu's Pollachi. The probe agency filed two FIRs against eight accused who are believed to have sexually harassed multiple women and shot videos in order to blackmail them later. The CBI began the probe on the request of the state government after opposition parties accused the ruling AIADMK of trying to shield the accused. 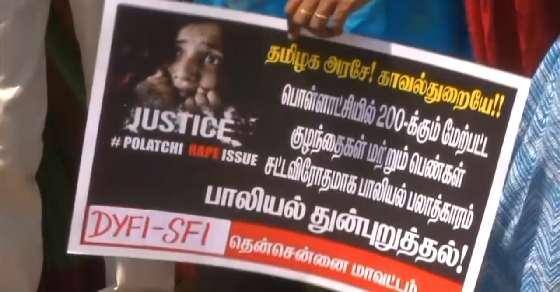