Under global pressure to defuse the Amazon fires, Brazil's President Jair Bolsonaro has signed a decree banning the burning of fires to clear land throughout the country for two months. The blaze that has engulfed large parts of the world's largest rainforest - which is crucial for maintaining a stable global climate - has also sparked a diplomatic spat between Brazil and Europe that threatens to destroy a major trade deal. Brazil's new law prohibits any burning for the next 60 days, barring some exceptions for approved agricultural and forestry practices. 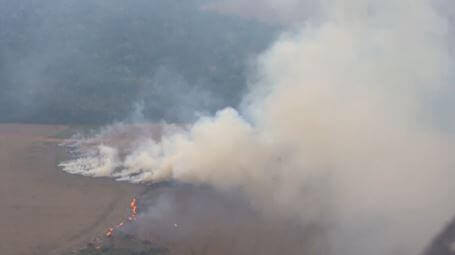