Big gatherings banned in Mumbai as Pawar heads to ED

NCP chief Sharad Pawar, who has been named by the Enforcement Directorate in a 25,000 crore bank scam, is set to make an appearance at the agency's Mumbai office today. The police have banned large gatherings near the D office in Ballad Estate. NCP workers had staged protests in Mumbai when Pawar was named in the money laundering case earlier this week. Though he has not been summoned by the ED, Pawar has said that he will visit the agency office before getting busy with election campaign. Prohibitory orders have also been imposed in a number of areas in Mumbai. 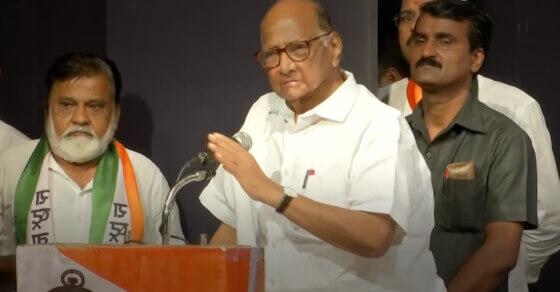 Big gatherings banned in Mumbai as Pawar heads to ED