Hundreds of boys and men have been rescued from a building in northern Nigeria where they had been beaten, starved, sexually assaulted and chained. The police rescued some 300 victims on Thursday after receiving a tip-off. Local TV reports showed most of the victims in very bad condition, bearing scars from beatings and some walking with difficulty. Rescued boys say they were chained by their legs to large metal wheels to prevent escape. The building's owner, who has been arrested, told the police the children had been brought by their families to learn the Quran or because they were dealing with drug addiction. 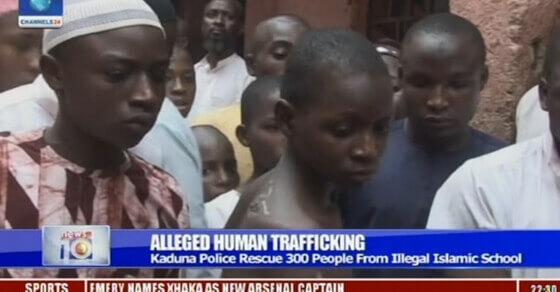