Updated: Feb 25, 2019 06:38
|
Editorji News Desk
Bangladeshi security personnel shot a passenger on Sunday who had tried to enter the cockpit of a Biman Bangladesh Airlines flight after waving a gun and threatening to blow up the plane, airline and aviation authority officials said. The passenger, who had said he had a personal issue with his wife and told the pilot he wanted to speak to Bangladesh’s Prime Minister Sheikh Hasina, died later from the injuries suffered after the commandos stormed the plane at Chittagong’s Shah Amanat International Airport, officials said. 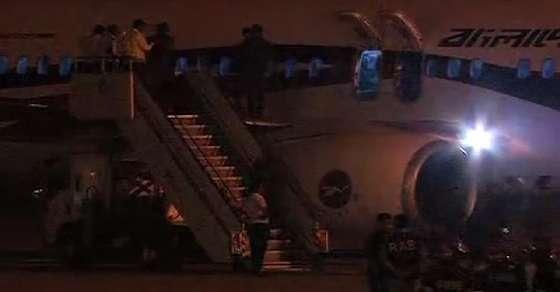