Updated: Jan 31, 2019 09:41
|
Editorji News Desk
As air pollution in Bangkok reaches dangerous levels, authorities have embarked on a novel strategy to reduce pollutants. A fleet of drones will spray water into the air, in the hope it will eliminate some of the pollution that has covered the capital's skyline since December. The amount of tiny 'PM 2.5' particles have risen dangerously in and around Bangkok since Monday, prompting the government to shut down over 400 schools in the Thai capital. 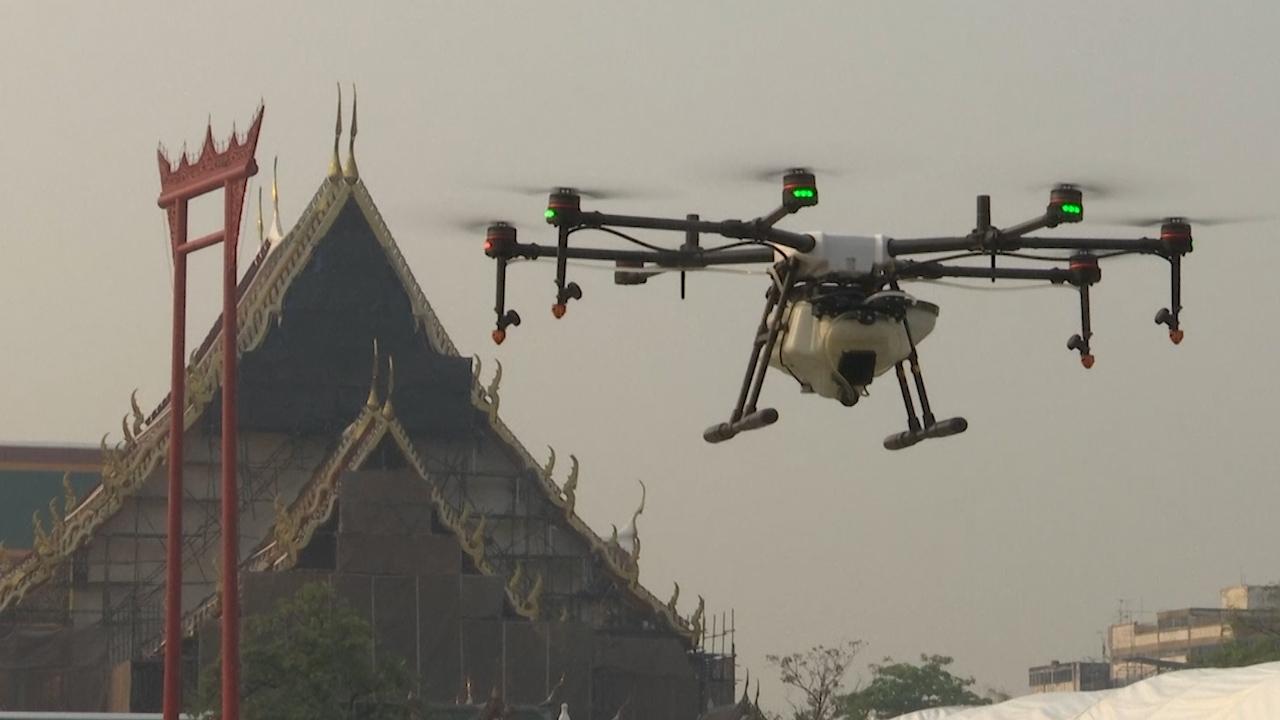