Updated: Feb 24, 2019 15:36
|
Editorji News Desk
An attempt to hijack a Biman Bangladesh Airlines flight was foiled by authorities in Chittagong. A gunman allegedly tried to hijack a plane headed to Dubai from Dhaka, and the flight made an emergency landing at the Shah Amanat International Airport in Chittagong. Bangladesh police surrounded the plane after touch down and the suspect has been arrested. All passengers were disembarked safely from the plane. 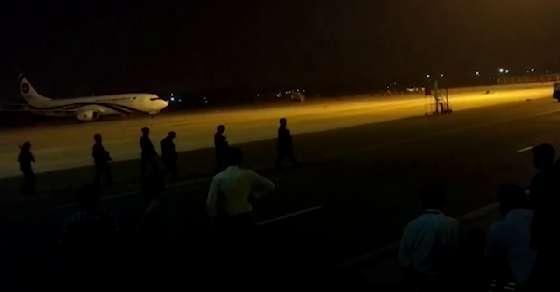