At all party meet, Opposition extends support to Centre

Updated: Feb 26, 2019 15:01
|
Editorji News Desk
The Central government briefed the opposition parties over pre-dawn strike by the Indian Air Force on terror camps deep across the Line of Control. Congress leader Ghulam Nabi Azad, who attended the meeting, said the opposition parties extended full support to the government and security forces in the fight against terror. ANI reported quoting sources that Swaraj briefed the opposition leader about her telephonic conversation with US Secretary of State Michael Pompeo. 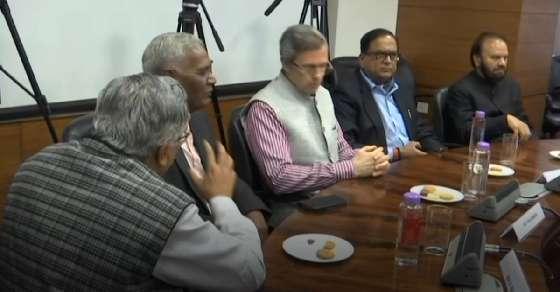 At all party meet, Opposition extends support to Centre