Arunachal on the boil: riots in capital over citizenship push

Updated: Feb 24, 2019 11:01
|
Editorji News Desk
Wide-scale rioting erupted in Arunachal Pradesh capital Itanagar after a youth died in police firing on protesters-- who were resisting the recommendation by a government panel, which favoured granting of citizenship to communities who have been living in the state for decades but are not natives. Protesters torched the bungalow of Deputy Chief Minister Chowna Mein, who the protesters accuse of intiating the move for vote bank. Besides this, protesters also torched and vandalised residences of the district commissioner. A superintendent of police-rank officer has also been injured. As tensions flared, the army carried out flag marches in curfewed Itanagar. 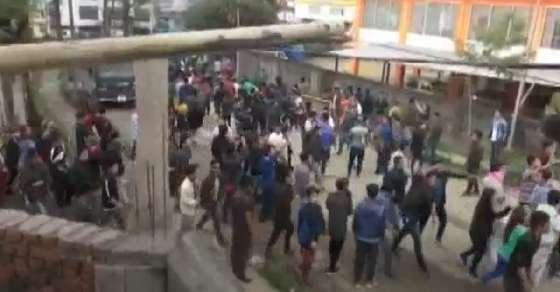 Arunachal on the boil: riots in capital over citizenship push