Updated: Feb 25, 2019 09:07
|
Editorji News Desk
Arsenal extended their unbeaten streak against Southampton at the Emirates Stadium to 24 as the gunners strolled past the Saints 2-0 to move back into the top four of the Premier League. Arsenal led with a first half goal by Alexandre Lacazette who became the first Arsenal player to score in 4 consecutive Premier League games since Robin van Persie in March 2012. Mkhitaryan too scored before half time, helping the Gunners move to 4th place, 1 point clear of 5th placed Manchester United. 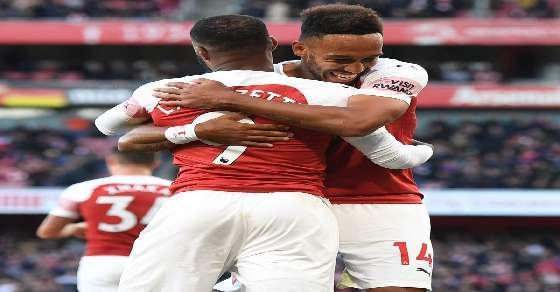