Armed Forces: up to govt to release proof of Balakote strike

Updated: Feb 28, 2019 15:41
|
Editorji News Desk
The Indian Air Force has said it is up to political leadership to decide on releasing evidence on the success of the Balakot strike. AVM Ravi Kapoor said India hit its intended targets when it destroyed terror camps in Balakote, but it would be premature to give the number of casualties. 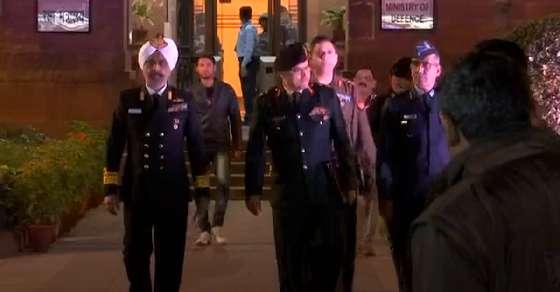 Armed Forces: up to govt to release proof of Balakote strike