Updated: Feb 24, 2019 13:00
|
Editorji News Desk
Starting the party's poll campaign in Jammu, BJP president Amit Shah hit out at Rahul Gandhi, saying the Kashmir problem still exists due to false policies of the former prime minister and his grandfather Jawaharlal Nehru. Shah slammed the NC and PDP as dynasts, who worked for their own development rather than developing the state. "I want to tell him (Rahul Gandhi) that if questions are being raised about Kashmir today, it’s because of your great-grandfather Jawaharlal Nehru. When our forces were going to conquer PoK, who stopped them? It was Jawaharlal Nehru," said Shah. 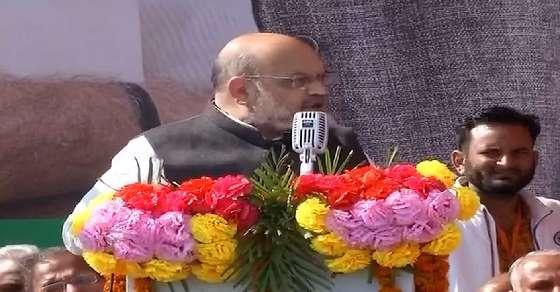