After a public spat with Emmanuel Macron, Brazilian President Jair Bolsonaro has said that Brazil will consider G7's offer of millions of dollars in aid for the Amazon fires only after the French President 'withdraws his insults'. Bolsonaro endorsed some vicious personal comments about Macron's wife's appearance and age by his supporters online. After Macron criticised the distasteful comments, Bolsonaro rejected the G-7 aid package for the Amazon fires and blamed France for intervening in Brazil's sovereignty. Macron reverted saying he respected Brazil's sovereignty, but they could not be allowed to destroy everything. 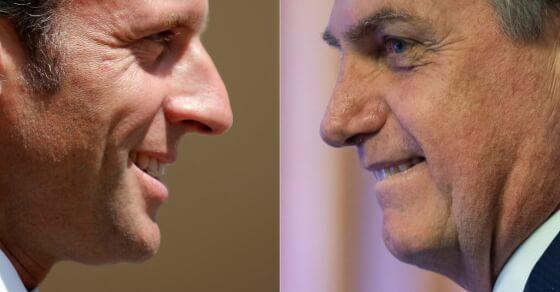