Updated: May 28, 2019 08:43
|
Editorji News Desk
Gujarat MLA and OBC leader Alpesh Thakor on Tuesday said Congress leaders have a "chemical locha" (chemical imbalance) in their minds. Thakor had left the Congress last month ahead of Lok Sabha polls stating that his Kshatriya Thakor Sena was facing insults in the party. He has claimed that at least 15 Congress MLAs in Gujarat are unhappy with the party, but insisted that he is not joining BJP. "The Congress alleges all kinds of scandals, when none exist. Its all in their brain. There is a chemical imbalance in their brain. They need to understand what the people want, why they're not with them," Alpesh Thakor said. 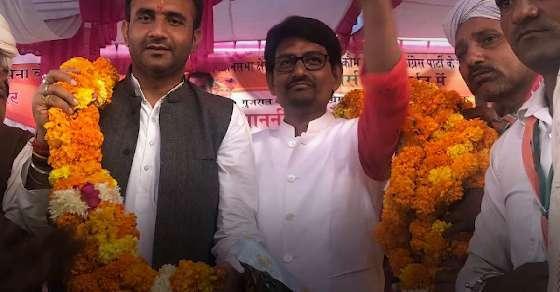