With films like 'Good Newwz', 'Sooryavanshi', 'Laxmmi Bomb', 'Prithviraj', 'Bachchan Pandey' and 'Bell Bottom' in his kitty, Khiladi Akshay Kumar has now announced that he will be co-presenting 'Durgavati' under his banner Cape of Good Films. Starring Bhumi Pednekar in and as 'Durgavati', Akshay took to social media & wrote that he is excited to announce that the film that will go on floors around mid-January next year. 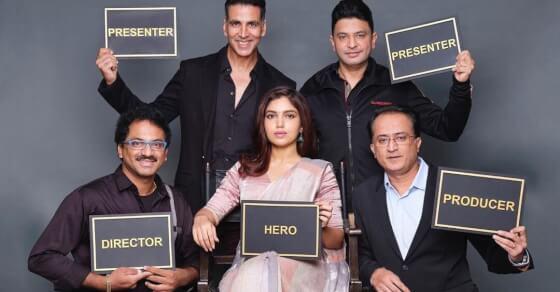