Acting promptly, Dispur Police on Saturday (January 30) arrested few people from the Ganeshguri area of the city. The people had gathered near the Ganesh Mandir in Ganeshguri to stage a protest demanding the release of jailed KMSS leader Akhil Gogoi. Some of the protesters had come in from Nagaon, about 122 kms outside Guwahati. The supporters and members of Raijor Dal, the recently launched political party whose president is Akhil Gogoi. The party was formed when Akhil Gogoi was still in jail, was planning to stage a 'Jail Bharo' protest. 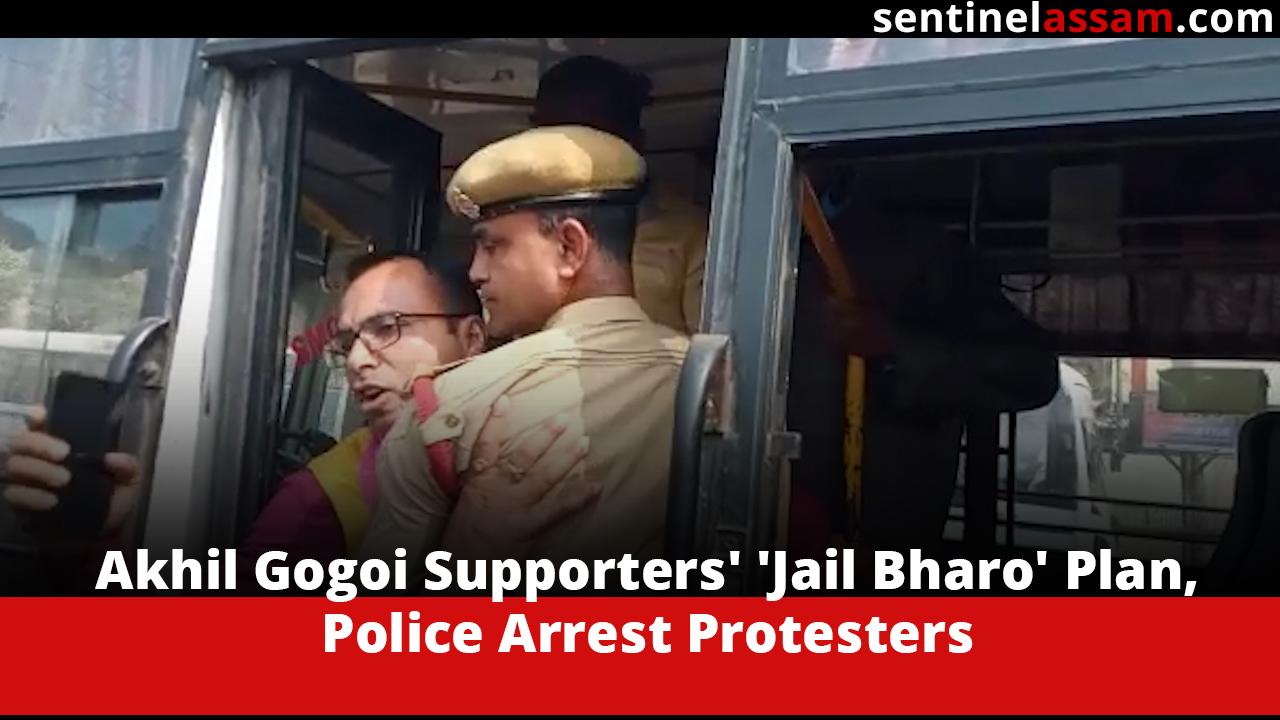