Updated: Feb 24, 2019 09:11
|
Editorji News Desk
Looks like Kapil Sharma got the taste of his own medicine when actor Ajay Devgn trolled the comedian on social media, asking him to laugh on joke by others as well. Kapil who recently hosted the team of ‘Total Dhamaal’ took to Twitter to congratulate the team & mentioned that he will watch the movie soon. Ajay Devgn quickly responded to the comedian and said that he should watch the film & for a change laugh at jokes that aren’t his own. 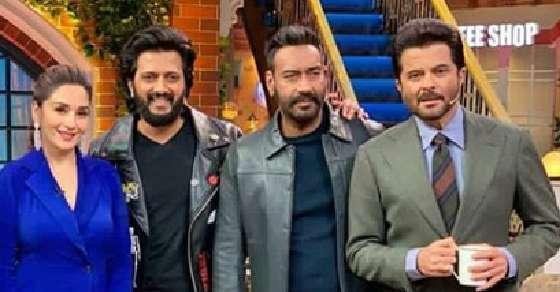