Turkish prosecutors have indicted six new Saudis suspected of involvement in the 2018 murder of dissident journalist Jamal Khashoggi, local media reported on Monday. Istanbul prosecutors are seeking life imprisonment for two of the suspects and up to five years in jail for the remaining four.The six Saudi suspects, indicted just days ahead of the second anniversary of the journalist's death, are not in Turkey and will be tried in absentia, according to local reports. 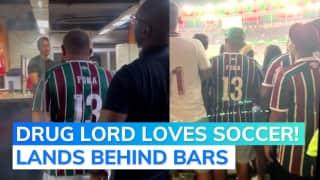