Demanding special ST status to Adivashi Community and signing of peace accord with the All Adivasi National Liberation Army and other Adivashi militant organizations, the members of All Adivasi Students' Association of Assam (AASAA) among others gheraoed Deputy Commissioner Office in Biswanath and staged a 3-hr protest.
The members of AASAA and other Adivashi groups further warned the Government of Assam saying, “If our demands are not fulfilled soon, we will be bound to boycott the upcoming Assembly elections on 2021”. 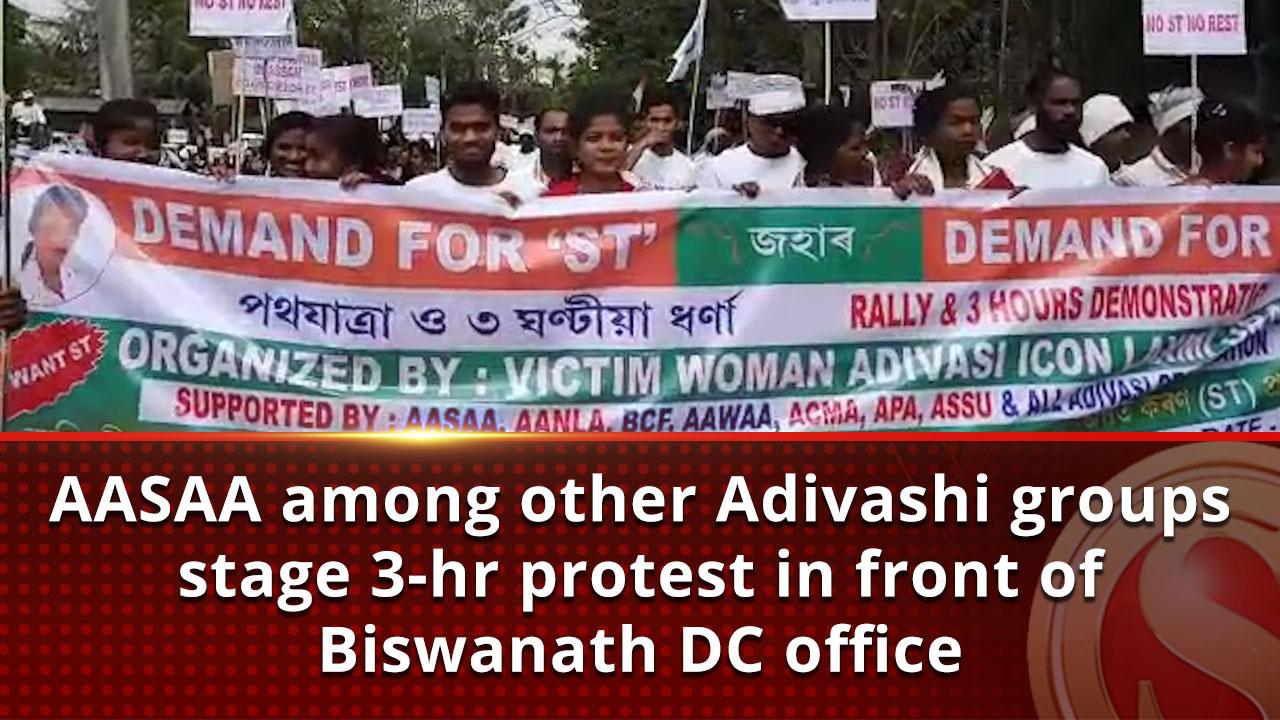