Updated: Feb 27, 2019 12:56
|
Editorji News Desk
Lauding the Indian Air Force for the daring attack on Jaish-e-Muhammad terror camp inside Pakistan’s Balakote, leaders of 21 opposition parties accused the government of politicizing the sacrifices made by the armed forces. A joint statement issued after the meeting in Parliament complex, noted that national security must transcend narrow political considerations. The Opposition leaders said that Prime Minister had not convened an all-party meet which was against the established principles of democracy. 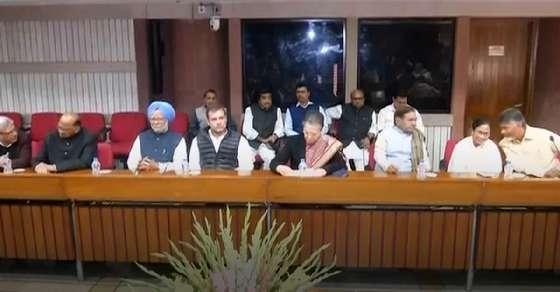