Updated: May 28, 2019 14:53
|
Editorji News Desk
Two Hizbul Mujahideen terrorists were killed in a gunfight with the security forces in Jammu and Kashmir's Anantnag district on Tuesday. The gun battle in Kokernag forests started during a search and cordon operation launched after getting specific inputs. The forces sealed all exit points to ensure the terrorists did not escape. As the cordon tightened, the terrorists fired at the security personnel triggering the gunfight. Authorities have suspended mobile Internet facility in the district as a precautionary measure. 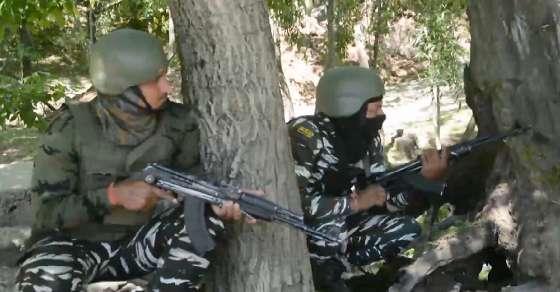