At least 12 workers dead in chemical factory fire in Dhule

At least 12 people were feared killed and over sixty were injured on Saturday morning in explosion of cylinders at a chemical factory in Dhule district of Maharashtra. Police said at least 100 workers were present inside the factory, when the incident occurred and bodies of 8 dead workers have been recovered by the rescue teams. Various teams of police, disaster management, fire brigade are conducting rescue operations. 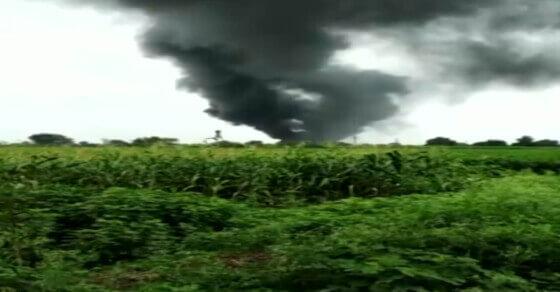 At least 12 workers dead in chemical factory fire in Dhule