Updated: May 30, 2019 10:37
|
Editorji News Desk
Controversial businessman Robert Vadra, who again appeared before the Enforcement Directorate in an alleged case of money laundering case, has said that he will continue to cooperate with the central probe agency till his name is cleared. Vadra was accompanied by his wife and Priyanka Gandhi. Before appearing at the ED office, Vadra wrote on his Facebook that he has appeared 11 times before the ED and has been questioned for over 70 hours. 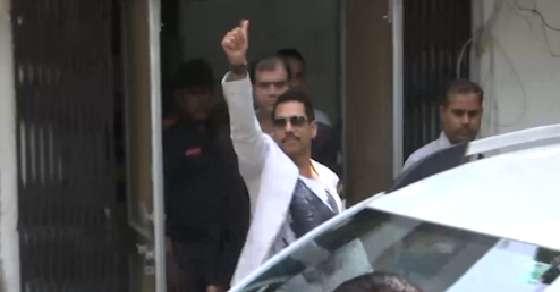