Shiv Sena chief Uddhav Thackeray attacked union home minister Amit Shah saying had the BJP leader kept his word given to me, there would have been a BJP chief minister in Maharashtra now.

Meanwhile, in yet another twist in the Maharashtra political crisis, Shiv Sena's chief whip Sunil Prabhu has moved an application in the Supreme Court.

Prabhu has filed an application in the apex court seeking suspension from house of new Maharashtra CM Eknath Shinde and 15 other MLAs against whom disqualification petitions have been filed.

Prabhu has sought suspension of 16 rebel Shiv Sena MLAs till a final decision is taken on their disqualifiaction on July 11.

The rebel Shiv Sena legislators have been camping at the hotel since Wednesday night after their arrival from Guwahati.

A few women legislators, who are also part of the faction, welcomed him with traditional rituals.

Maharashtra Chief Minister Eknath Shinde has expressed his displeasure over the way a section of MLAs from his group danced in Goa following the announcement of his name for the top post.

On Thursday, the rebel Shiv Sena MLAs broke into a dance in the lobby of a luxury hotel in Goa, where they are currently staying, when they heard that Shinde was going to be the next chief minister of Maharashtra.

A video showing the rebel MLAs dancing to the tune of Marathi songs went viral.

However, several netizens slammed them for the way they danced, terming the act as indecent. While Shinde took oath as the chief minister, senior BJP leader Devendra Fadnavis was sworn-in as his deputy.

After the swearing-in ceremony held in Mumbai, Shinde returned to the hotel at Dona Paula near here in the wee hours of Friday. On his return, Shinde expressed his displeasure over their dance and objected to it.

Had Amit Shah kept his word given to me, there would have been a BJP chief minister in Maharashtra now: Uddhav Thackeray.

Shiv Sena leader Sanjay Raut on Friday said a new government in Maharashtra under Eknath Shinde has been formed by the BJP with a group of MLAs that split the party, and asserted that the Sena is where the Thackerays are.

Taking a dig at Deputy Chief minister Devendra Fadnavis, Raut said had the BJP stuck to its word in 2019, it could have had the CM's post for two-and-a-half years and the Maha Vikas Aghadi (MVA) experiment involving his party, the NCP and the Congress would not have taken place.

What has the BJP achieved, Raut asked after Fadnavis took charge as the deputy chief minister.

"We will try to expand our party under Uddhav Thackeray. A group split from the Sena has formed the government with the BJP," Raut told reporters.

The Supreme Court on Friday agreed to hear on July 11 the plea of Shiv Sena chief Sunil Prabhu seeking suspension from assembly of Maharashtra Chief Minister Eknath Shinde and 15 rebel MLAs against whom disqualification pleas are pending.

A vacation bench comprising Justices Surya Kant and J B Pardiwala was urged by senior advocate Kapil Sibal that the plea needed urgent hearing due to the pendency of disqualification proceedings against 16 lawmakers including the chief minister.

The bench agreed to hear the fresh plea on July 11.

Eknath Shinde: making me CM is masterstroke of Devendra Fadnavis

Maharashtra Chief Minister Eknath Shinde has said his elevation to the top post is due to the masterstroke by BJP leader Devendra Fadnavis.

“People thought that the BJP was desperate for power. But truly, this is a masterstroke by Devendra ji. To hand over power to another person despite having larger numbers (of MLAs) requires a big heart.

“With his decision, people of the state and the country got to see a new example of this large heartedness,” Shinde said after he and Fadnavis were sworn in as CM and Deputy CM respectively at Raj Bhavan Thursday evening.

I extend my greeting to the new CM of Maharashtra Eknath Shinde and Deputy CM Devendra Fadnavis. I hope that good works take place in Maharashtra through both of you: Former CM Uddhav Thackeray 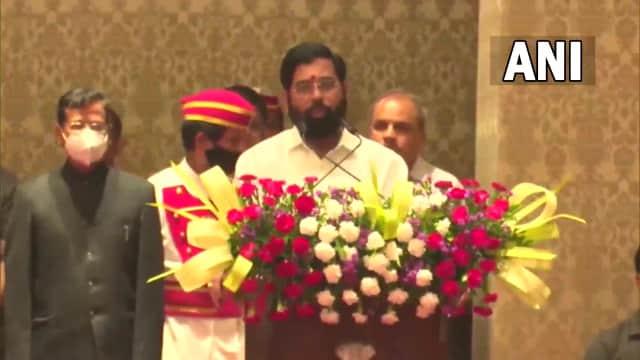 Will Devendra Fadnavis be Deputy CM of Maharashtra?

"Eknath Shinde to be the Maharashtra Chief Minister, oath ceremony to be held at 7.30pm today," BJP leader Devendra Fadnavis announces in a joint press conference with Shinde 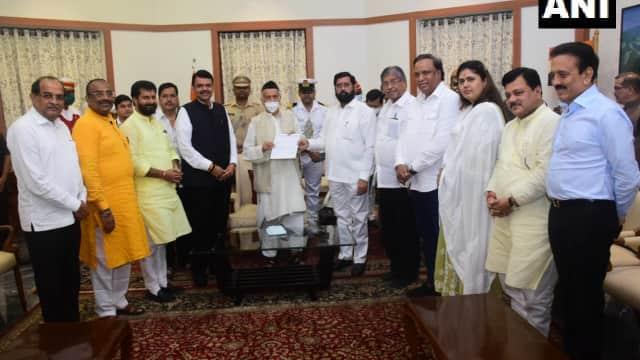 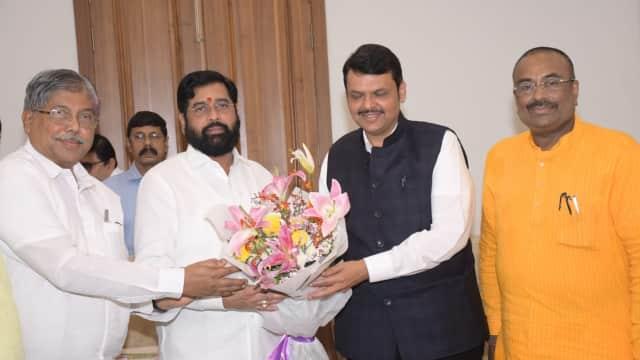 Maharashtra BJP leader Girish Mahajan on Thursday claimed that his party has the support of 170 MLAs, way above the 145 majority mark in the 288-member House that is necessary to form a government in the state.

The BJP is set to return to power in the state with the support of rebel Shiv Sena MLAs led by Eknath Shinde after chief minister Uddhav Thackeray tendered his resignation on Wednesday night, leading to the collapse of the 31-month-long three-party Maha Vikas Aghadi (MVA) government.

Shinde and other rebel MLAs, who arrived in Goa on Wednesday night from Guwahati, stayed at a resort at Dona Paula near here. While other MLAs continued to be at the resort, Shinde stepped out amid a tight police security around 12.20 pm.

"I am going to Mumbai to meet the Maharashtra Governor. All other MLAs are staying in Goa at present," Shinde told reporters outside the resort.

Shinde says no conversation with BJP for ministerial portfolios

Maharashtra Assembly Secretary Rajendra Bhagwat informs all state MLAs that as per Governor's orders, there's no need for a floor test now, so today's special session will not be convened Uddhav Thackeray announced his resignation as Maharashtra CM & from his MLC post, yesterday. 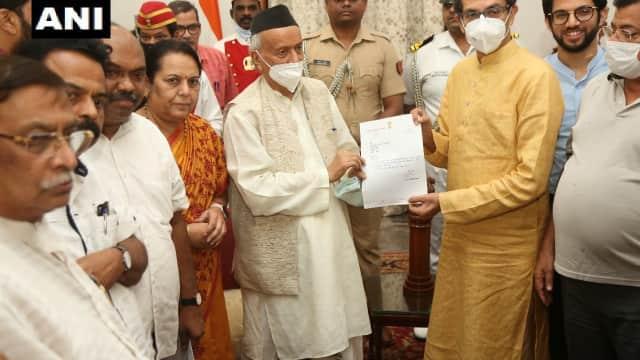 What next for Maharashtra, all eyes on Fadnavis and Shinde 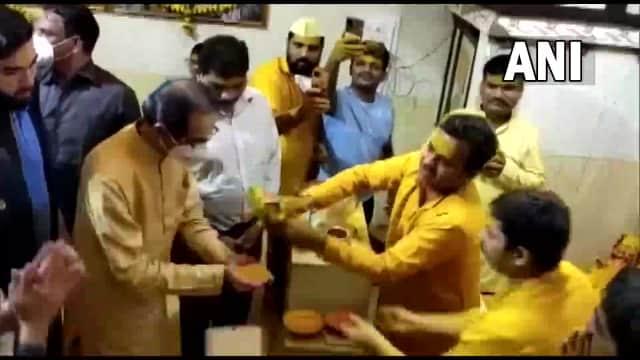 Watch| Uddhav Thackeray submits his resignation to the Governor

'Karma doesn't spare anyone': BJP taunts Uddhav Thackeray after he steps down

Uddhav: will continue to sit in Sena Bhawan

Alert | Supreme Court to give verdict on floor test at 9pm 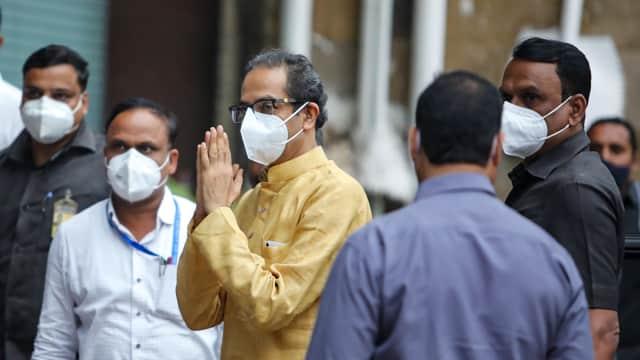 Betrayed by my own: Uddhav Thackeray to cabinet colleagues

Chairing a cabinet meeting even as his government faces a serious crisis, Maharashtra Chief Minister Uddhav Thackeray on Wednesday evening said he was betrayed by his own people.

Thackeray chaired a cabinet meeting here while the hearing on his government's petition challenging the governor's directive to conduct a floor test to prove majority was underway.

"I also apologize if I have hurt anyone unintentionally," the official quoting Thackeray as saying.

SC: floor of the House the only way to settle issues of democracy

The floor of the House is the only way to settle these issues of democracy, observed the Supreme Court on Wednesday while hearing Shiv Sena chief whip Sunil Prabhu’s plea against Maharashtra Governor’s direction to the Uddhav Thackeray-led Maha Vikas Aghadi (MVA) government to take a floor test in the Assembly on Thursday.

Shinde camp's arguments in SC in favour of floor test

Eknath Shinde's lawyer: They are in a hopeless minority within the party itself, forget the House.

Sena's lawyer to Supreme Court: will the heavens fall?

Abhishek Manu Singhvi, Shiv Sena lawyer: what heaves will fall if the floor test in not conducted tomorrow?

Singhvi, Shiv Sena lawyer: If these MLAs are allowed to vote tomorrow, then milordships would be permitting voting by MLAs who may be disqualified later. That goes to the root to the democratic principles.

Shiv Sena lawyer: two MLAs of NCP are down with Covid, one Congress MLA is abroad

The two MLAs have been booked for offences under the Prevention of Money Laundering Act (PMLA) and are in jail. Their lawyer told the apex court that the two leaders want to participate in the Maharashtra legislative assembly floor test scheduled to be held on Thursday at 11 am.

The SC said it would take up their application at 5.30 pm

"He left 'Varsha' (chief minister's official residence), he left 52 MLAs, he left everyone, but he is not ready to leave Sharad Pawar," Rebel Shiv Sena minister Gulabrao Patil attacked Chief Minister Uddhav Thackeray. Patil said the rebel MLAs were not opportunist and did everything for the party and their leader when they were not even in a position to do so. Patil is part of the rebellion launched by senior leader Eknath Shinde last week against the Sena.

Eknath Shinde: have support of over 50 MLAs